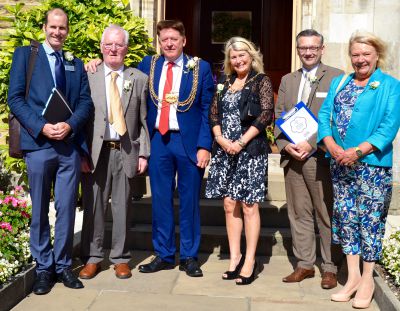 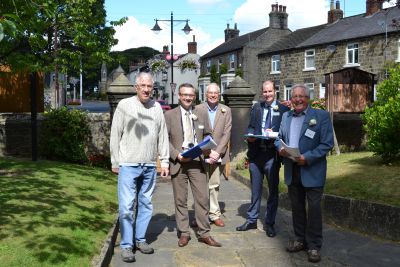 Head of Parks for Birmingham City Council, Mr Share was accompanied by James Cordingley, a professional gardener in Exeter.

Representing Yorkshire in the Large Village category, Barwick in Bloom volunteers have surpassed even their own high standards this summer, with floral displays ablaze with colour, design and variety.

The judges were welcomed by John Tinker, Chairman of Barwick in Bloom who, with other group members and guests, wore white Yorkshire roses for the occasion.

Recognising the importance of the national judging, the Lord Mayor of Leeds, Coun Gerry Harper and the Lady Mayoress, Lynne Scholes, attended to welcome the judges, as did Coun Claire Hassell, who chairs Barwick and Scholes Parish Council and former Leeds city councillor Ann Castle, who gave both villages great support over many years.

The judges were taken on a tour of the village by In Bloom committee members Robert Allwood and Geoff Yapp, while John Tinker escorted the Lord Mayor and Lady Mayoress on a separate tour in the civic car.

Everyone must now wait until the Britain in Bloom awards ceremony, to be held in Birmingham on October 14, to learn whether Barwick has won its third Gold award in the prestigious national competition, which is supported by the Royal Horticultural Society.

John Botterill, a Barwick in Bloom committee member, told the Wetherby News: â€œJudging day went exceptionally well. The weather was good and the judges were full of congratulations.â€

He added: “If we do win Gold this year it will mean that Barwick in Bloom has won a Gold award every year for the past 10 years’ three in Britain in Bloom and seven in Yorkshire in Bloom.”

Barwick is competing against five other entries in its category: Beer, in Devon; Dalston, in Cumbria; Dufftown, in Moray, Scotland; Hillsborough, in Northern Ireland and Upton upon Severn, Worcestershire. 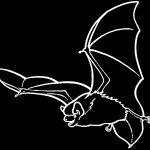 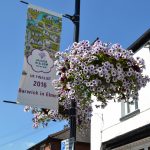